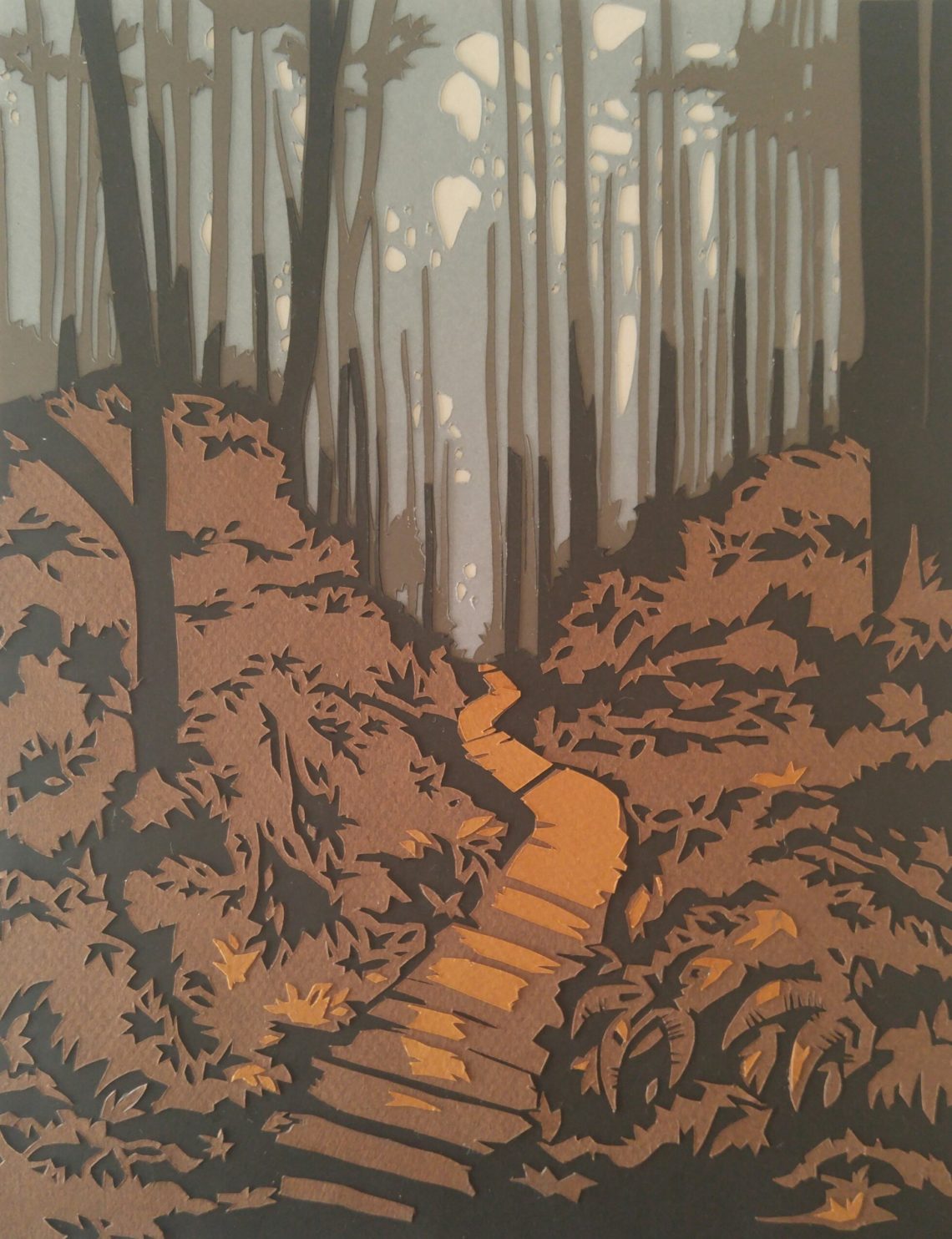 The last few days I’ve been trying out a new form of art which I’ve been desperate to try for years.The work itself is fussy and exacting, which is perfect for days when you have focus, but you also want to create something demanding. I only had the one exacto blade, which meant I had to pay closer than average attention to how I cut the paper. Early on I found I was putting way to much pressure on my paper, but as the blade started to wear I needed that extra pressure. I also found that the oils from my hand really effected the quality of the paper after a while, and a bit of sweat was all it took to make a significant stain. I ended up using another piece of paper as a barrier to my skin oils. I drew a rough sketch, cut out my black layer, and then based all my future layers on that one. The brown layer ended up being the most demanding layer to cut. For each piece cut I had the opportunity to use those pieces in the larger black areas to add detail. In the future I will not cut as many holes in the brown layer in areas that might have highlights to it. I used “Yes” glue to put it together, which is by far my favorite glue to use with paper.

My attempt was okay. There are things I would change about it if I ever did it again, but it’s a solid piece. I plan on submitting it to the Land Trust Alliance of British Columbia Art and Photography Exhibit in the fall. I’ll likely deliver it on Monday.

While it’s not really my sort of thing, I’d just like to say that artists out there that specialize in paper-cut art are both crazy skilled, and insanely patient. Go paper-craft artists! 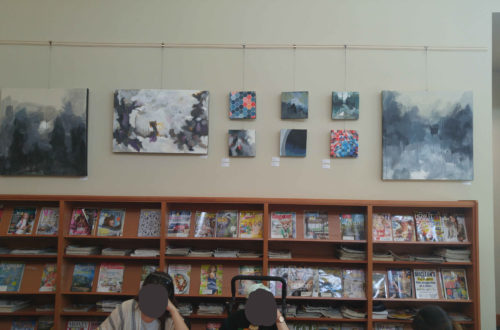 Show at the GVPL Saanich Centennial